Through AIM Productions, kStyle did a lot of work for Tacx (part of the Garmin group) the last few years. This was mostly work on the user interfaces of their custom software, the design as well as the implementation. 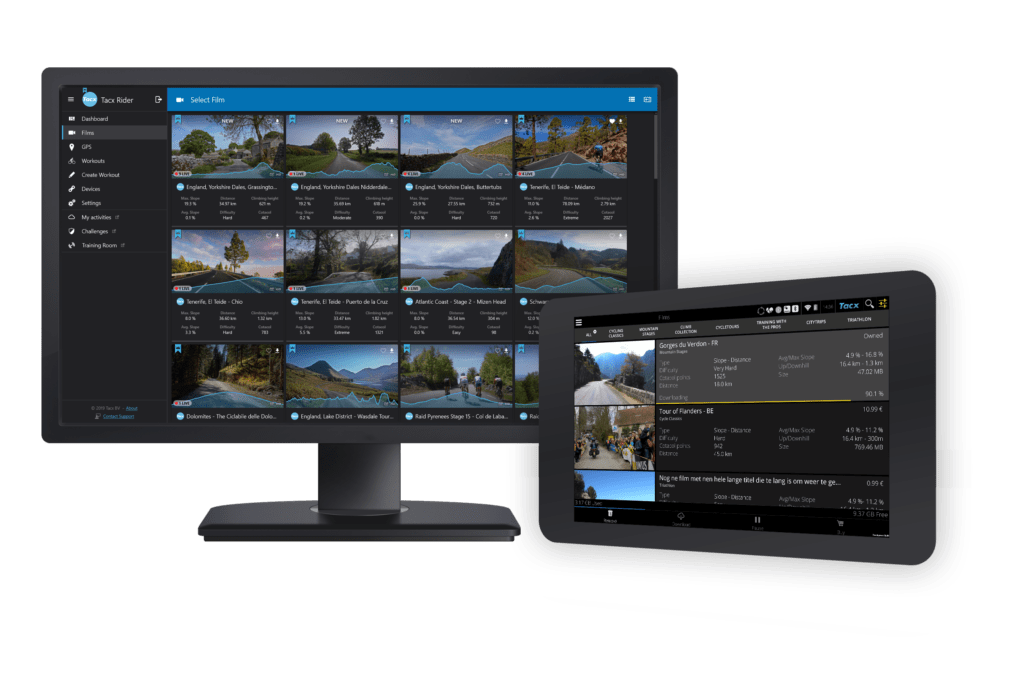 kStyle designed, implemented and maintained the first version of the graphic user interface of the Tacx Desktop app for Windows and Mac. This was a large project spanning several years.
This software allows people to use their bike trainer at home and ride interactive trainings, using video, GPS routes, etc. against online opponents. The interface was based, to a certain extent, on Google’s Material Design, but with its own distinctiveness and operating system specific adaptations.

We did the UI design of the second incarnation of this iPad/Android app. The app allowed users to ride famous cycling routes and GPS rides on their interactive home trainers, using their tablets.

A prototype of a never released tablet app where users could simulate the forces on a cyclist by varying certain parameters and the environment. kStyle did the UI.

An in-house tool to manage the video and GPS content for various Tacx apps. We made the wireframe/prototype and the design.

We did the UI for Bottle Creator, an online app where users could create their custom drinking bottles, for Tacx’s subsidiary Bottle Promotions.